Jobs – Aka Pirates of Silicone Valley 2 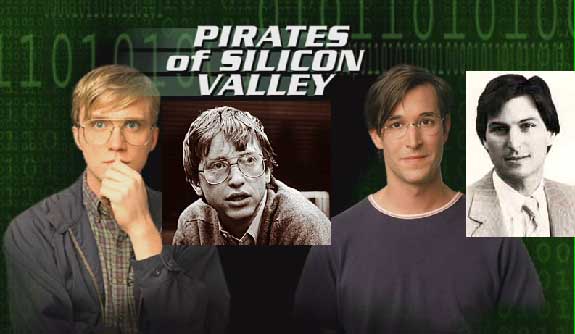 Jobs – Aka Pirates of Silicone Valley 2

While this is about the movie Jobs i have called this post “Pirates of Silicone valley 2” and for those unfamiliar with “The Pirates of Silicon Valley” (1999 movie) it is the unofficial biographical story of Apple and Microsoft. For those that have seen Pirates and/or know the history of the industry you will understand as there is some glaring holes in the Jobs movie that i think isnt explained very well like the Microsoft incident/s and why the Apple 3 is called Lisa.

However there are a number of things from Pirates that is explained better in Jobs because it focuses more on Steve and his growth into the role of CEO and the pursuit of technological design perfection.

While there were a number of holes in the story and the story did jump around a bit i really did enjoy this movie which i have now added to my must see developer movie list.

Ashton Kutcher did an awesome job of playing Steve Jobs. After watching him for years in the 70’s show admittedly i didnt think he would be able to pull it off but it was a winning combination of the look and mannerisms that really nailed it.

For those that havent seen it The Pirates of Silicone Valley is a must watch if you havent seen it and i would recommend watching this before you go and see Jobs to better understand the era that most of the Jobs movie takes place in.

Now its important to note while its no secret that i am no fan of Apple products (never have been) however i do appreciate the Apple story of humble garage startup (as i do the Microsoft story). In the industry where i make magic happen on a hourly basis how can i not know its humble beginnings from Bill Gates Altair “We have the software you need” to Steve Jobs being kicked out of his own company.

For the most part there have been some major technology milestones that have been crafted from the direct hand of Steve Jobs, milestones that have forever reshaped the industry and left the rest of the players catching up. And while Apple has successfully raised that technological bar so many times it is in true Apple style that they then failed to keep innovating and building on that bar as we have yet again seen with the recent iPhone 5S.